To share your memory on the wall of Kenneth Williams, sign in using one of the following options:

Ken was born in Mckeesport on October 3, 1942, the son of the late Kenneth Edward Williams Sr. and Eleanor Ungerman Williams.

He was a graduate of McKeesport Sr. High School and served proudly in the United States Army during the Vietnam War. After service, he worked briefly in Washington, DC, and then was a bank employee in McKeesport. Most of his working life was spent as an employee of the State Stores of the Pennsylvania Liquor Control Board, from which he was retired.

Ken was a member of the McKeesport Heritage Center, American Legion Post #701, the Amvets Post #8, and Mary Mother of God parish.

In addition to his parents, Ken was predeceased by his sister, Patricia Williams Goldbach.

Ken is survived by two nieces, Sherri Weil (Frank) of Denver, CO, and Jill Moriarity (Timothy) of Cranberry Twp., PA; a nephew, Scott Goldbach (Stacy) of Elizabeth Twp., PA; 6 great-nephews and nieces; and friend Maria McMahon. He will be missed by extended family and friends.

The family will hold private services. Burial will be in the National Cemetery of the Alleghenies in Bridgeville, PA. Funeral arrangements are entrusted to the William H. Craig Funeral Home. Memorial donations may be made to the Alzheimer’s Association.
Read Less

To send flowers to the family or plant a tree in memory of Kenneth Williams Jr., please visit our Heartfelt Sympathies Store.

Print
All services will be private.

We encourage you to share your most beloved memories of Kenneth here, so that the family and other loved ones can always see it. You can upload cherished photographs, or share your favorite stories, and can even comment on those shared by others. 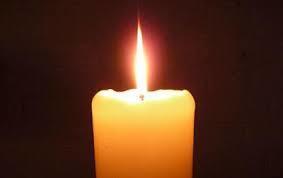